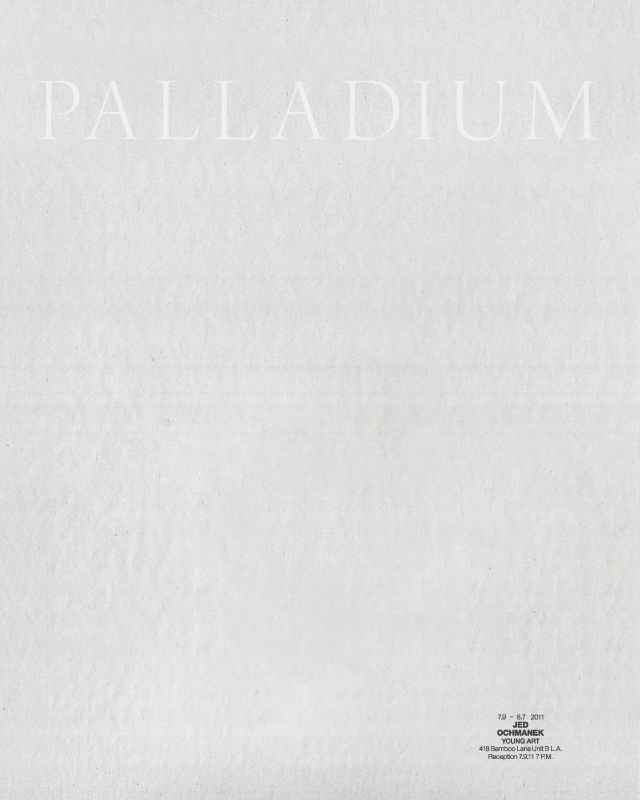 Disruptions - this time like holes in the wall, roughly the size of my head. Regular intervals like some affirmation but really on autopilot. No driver at the wheel- instead socketed frequencies oscillating between agoraphobia and claustrophobia. Dust-breeders gathering a low collection of particles. Information disseminated irreparably across a plane, like a last vestige of content before the big exhale. Incendiary carcinogens, mechanized light and a blind spinning- out of sync and dead into the lens. Exhausted lights from Vernon - burnt filaments, dispersions of mercury. Somewhere there’s an exchange- 5am and the diesel rigs are trudging through and the thinner evaporates and I keep breathing.

Young Art presents PALLADIUM, an exhibition of new painting, sculpture and video by Jed Ochmanek. The opening reception will be held Saturday July 9, from 7 to 10pm, and the exhibition will remain on view through August 7, 2011. PALLADIUM constitutes a circular system in which Ochmanek furthers his engagement with structured space, material presence, and optical potentiality.

The sculpture, Vernon, consisting in part of 12 burnt-out fluorescent tubes taken from Ochmanek’s studio (located in the east Los Angeles city of the same name), provides an immediate thematic link to his previous solo exhibition, Daylight Paintings. Here the light source has run its course, its apparatus rendered obsolete and returned “in-the-round” as architectural intervention-cum-sculpture.

13 paintings on metal are mounted in serial order and hung flush with the gallery walls by magnets. The metal provides a non-absorbent and in some cases highly reflective ground upon which pours of thinned enamel separate into granulated eddies and dispersions, recalling bio-chemical processes as much as atmospheric topographies. Their color complicates notions of presence, as tonal passages slide in and out of visibility. An intimacy in scale calls for the pieces to be viewed both as singular meditations and as notes in a larger harmonic whole.

On occasion of the 3rd annual Perform! Now- Chinatown Performance Art Festival scheduled for Saturday, July 30th, Ochmanek has invited Los Angeles-based artist and musician Kyle Parker to perform at the gallery. Parker, currently working under the name Infinite Body, has collaborated and performed with many artists including No Age, Haircut Mountain Transit, Gator Surprise, and Men Who Can't Love.

PALLADIUM is Ochmanek’s second solo exhibition with Young Art. He has recently participated in numerous group exhibitions including Like Death, New Mexico Will Catch Up with You in the End, at The Fisher Press in Santa Fe, New Mexico, What the Dust Brings Together at New Gallery, London, Big Deal Tiny Creatures at DIY Gallery, Los Angeles, and The Delta at Alexys Schwartz Projects, Los Angeles. Ochmanek lives and works in Los Angeles. 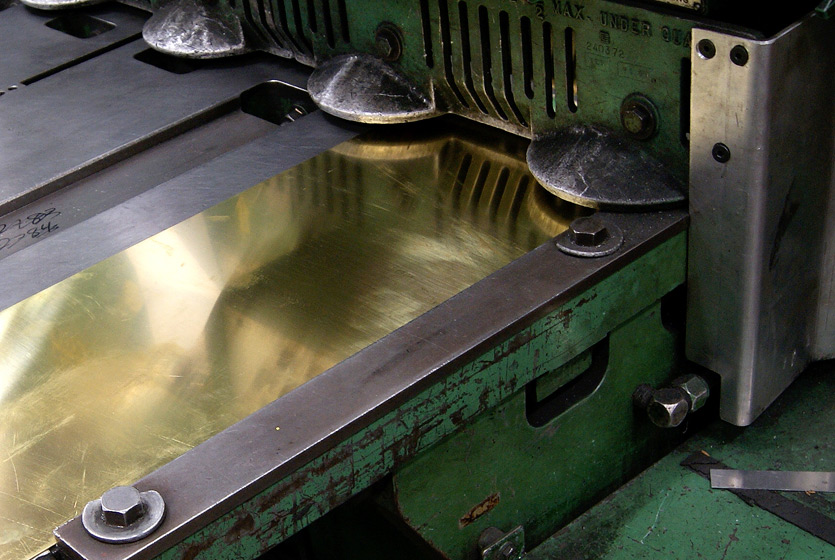