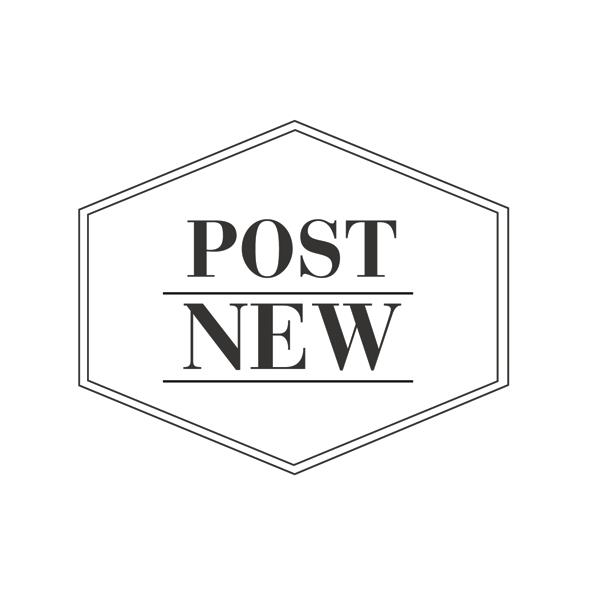 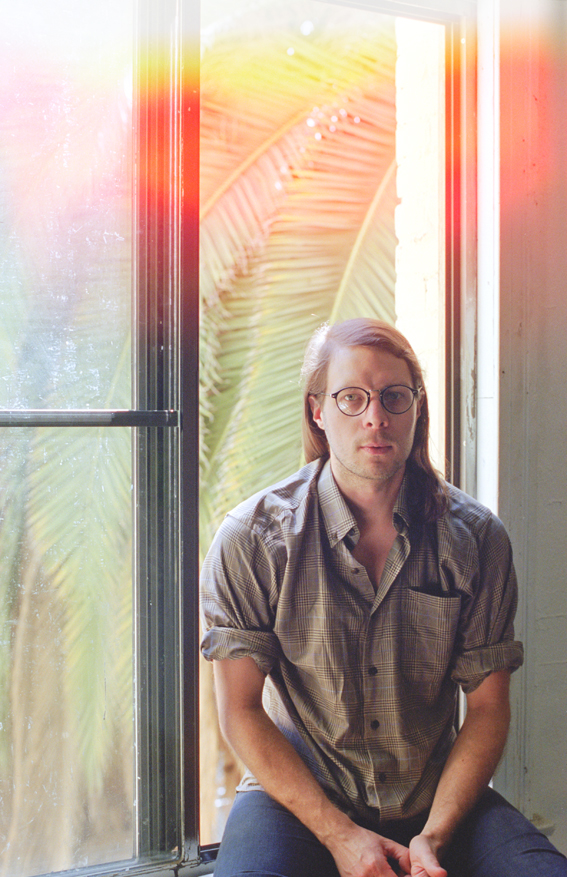 POST NEW: Can you talk a bit about your background and what inspired you to become an artist?
Jed Ochmanek: I was born in Frankfurt, Germany and grew up in Washington, DC.  As a kid I aspired firstly to be a UPS man, then an archeologist, and then an artist.  I think the turning point came when I repeated the 1st grade and was allowed to work on my own in the back for the year.  I made two books, one on deep sea anglers and the other on mummies. To solitarily ponder the abyss while everyone else goes through the motions, and then to report back, was a privilege that artists seemed to be afforded. It probably permanently spoiled me, but it felt like a revelation at the time - the only way to work.

PN:  Can you tell us what you like about L.A.?
JO:  For a relatively young city Los Angeles’ obsolescence is remarkable.  That affords it an impossibility that’s perfect for someone looking to get lost.  Bas Jan Ader said that you could be five different people here, and I think he meant that like our microclimates, you'll find pockets of interests and private lives tucked away in plain view.  The concept of a sunshine noir appeals perhaps as the fantasy branch of this unique paradox of isolation.

PN: How does your workspace define you and your work?
JO: Directly – Palladium at Young Art was largely a summation of the years I spent working in a studio that I was very lucky to have in Vernon, California.  Vernon by day is perfectly rendered in Zabriske Point's opening driving scene - an unreadable situation of noise, glaring sun and diesel fumes – but at night it empties out and you’re totally alone.  The silence allows you to appreciate its industrial scale vis-à-vis your own.

The whole art-making process there was permeated with experiences of inertia, expenditure, toxicity, and finitude: driving to the studio, turning on the lights, pouring the paint, breathing it all in. The show centered on a sculpture made from 12 of the studio's burnt-out fluorescent tubes.  It was partially a way of quantifying that time - the wattage and man-hours spent in their artificial light.

I’m currently living and working out of a disused, cavernous, 1920’s ballroom and banquet hall in Boyle Heights.  My parents are into renovation of Victorian homes and I think that love of altering built environments carried over.  I constructed a minimal bedroom with Japanese sliding walls. I collect cacti and paint in the garden. I've been throwing events as well. It feels schizophrenic having 600 some people here one night and the next day to be painting with the pigeons, but it’s a push toward something kaleidoscopic. 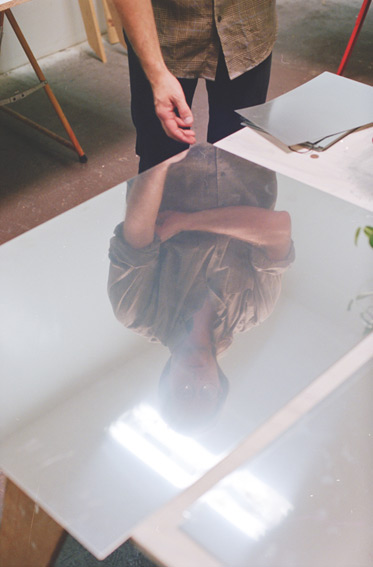 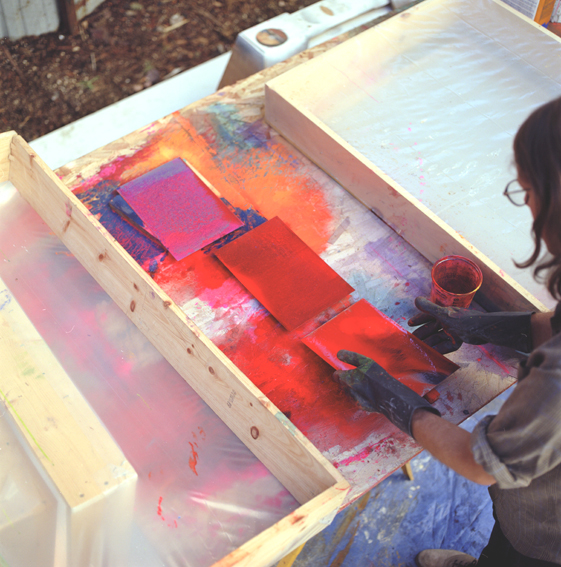 PN:  What mediums interest you at present and what materials do you see yourself working with in the future?
JO:  Painting-wise I've been working with enamels and solvents on various metals – mirror polished stainless steel, black nickel-plated brass.  By thinning the paint until it’s separated from it’s binder, and exposing it on a completely un-absorbent plane, I’m after a state where the material exists almost despite itself.  There’s something moving about that which can flourish with complexity under very harsh or strained conditions.  Creating those sorts of situations necessitates experimental investigation often in a literal sense - there are test subjects and control groups - so the specifics of what that will demand materially are difficult to predict.

PN:  How has your work evolved over the years?
JO:  In order for it to continue to be rewarding and to allow for an intimacy in the work, I’ve increasingly had to include my own vulnerabilities and doubts. That may just be a part of growing up.  Overall I don’t know if I could categorize it as an evolution so much as a certain kind of ongoing activity, something critical and exploratory.  It’s followed me; it’s continued along a strain of criteria that give a better understanding of a kind of seeing that I’m after.  It’s a mirage, but it’s my own.