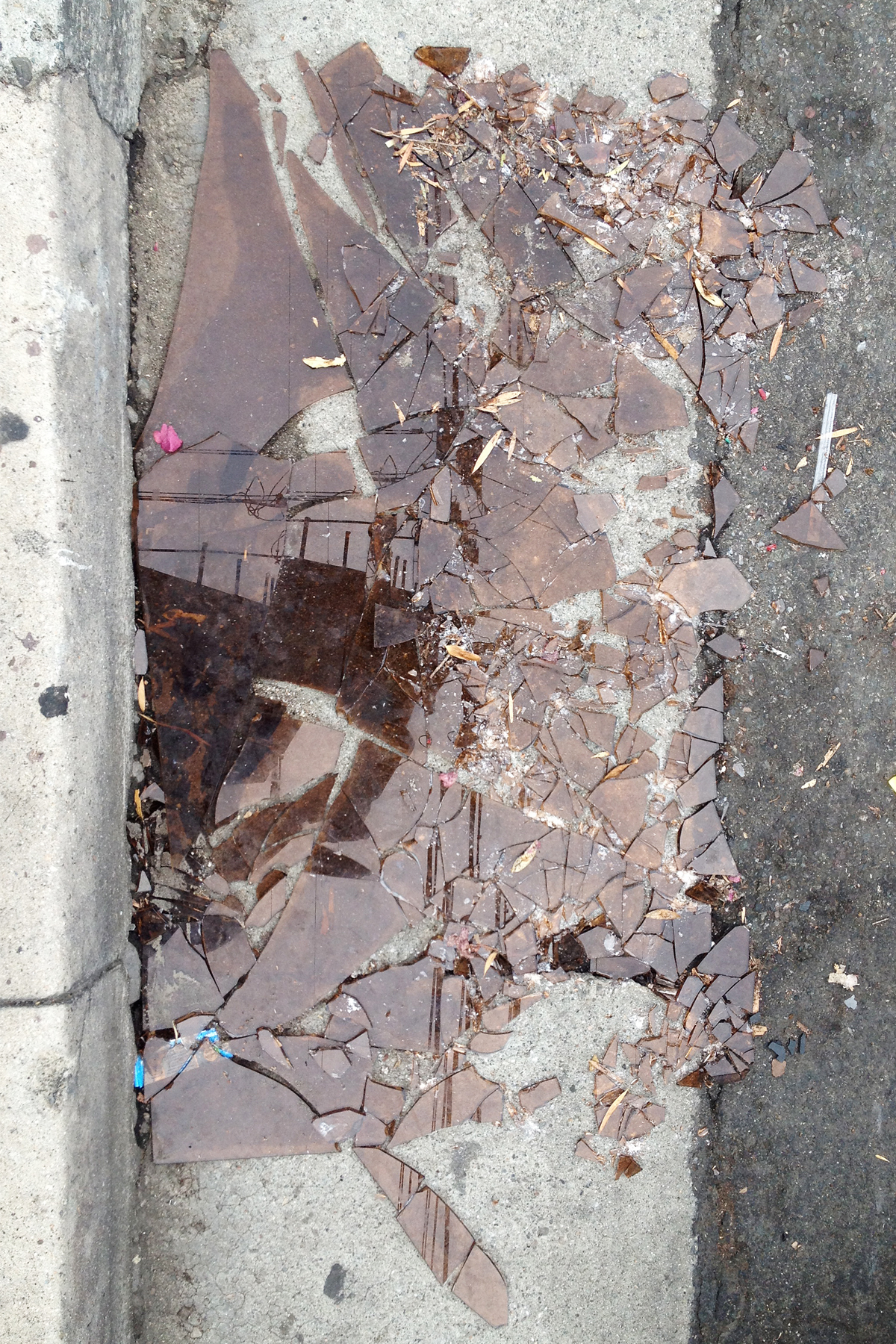 Young Art is pleased to present Breed St., an exhibition of new work by Jed Ochmanek. The opening reception will be held Saturday, December 15th from 6-9pm and the show will remain on view through January 26, 2013.

The exhibition will consist of three architecturally-scaled, floor-to-ceiling “flats” - paintings produced by pouring highly-thinned, oil-based enamels onto mirror-polished, stainless steel plates – and two works made of cast cement. In referring to the paintings as “flats,” Ochmanek alludes to their support, presentation, and process, in which the flatbed picture plane is interpreted as a sheer surface, tilted along an axis until nearly all of the “information” spills off of a given side.

Dust settles on the plates between coats, acting as thousands of points at which pigment may be retained as it separates from its binder. Assuming shifting tonal colorations though progressive pours, they visually advance or recede like cones and rods in a biomorphic play-act of perception. Continuous exposure to air-borne elements “develops” the plates as such, rendering a composition literally out of thin air. Conversely, the cement pieces are cast in foil molds lined with window screen material, which buckles under the weight and mass of the cement. Their surfaces, articulated by the distorted screen's impression, confront notions of the grid and transparency with an obdurate physicality.

Transposed to the gallery and hung flush with the walls but decidedly not inset, the paintings contingency on the surrounding architecture is explicit, yet their scale threatens to subsume it. The verticality of the flats mimics the ceiling-high doorways Ochmanek sliced from the walls of the disused ballroom that he uses as a studio. A squeegee made of door-sweepers is used to clear a given pour and allows the artist to “step out” of one color and into another.

Harmonic shifts, particulate detail, and the weave of the grid invite visual scrutiny in the metal paintings and cement works respectively, yet both are understood as results of the decidedly physical processes of dispersion, gravitational pull, and evaporation. The attendant awareness of the steel and cements’ ponderous weight complicates a viewing experience of disembodied opticality, catching the viewer in a split perception and stranding him between two ways of knowing.

Breed St. will be Ochmanek's third solo show at Young Art. Jed Ochmanek received his BFA from the Rhode Island School of Design in 2005, and attended The Mountain School of Arts in 2010. Recent exhibitions include Bogs at Steve Turner Contemporary, Close Encounters at Galerie Jeanroch Dard, Paris, and The Delta at Alexys Schwartz Projects, Los Angeles. His work was recently featured in Semiotext(e)'s Animal Shelter.